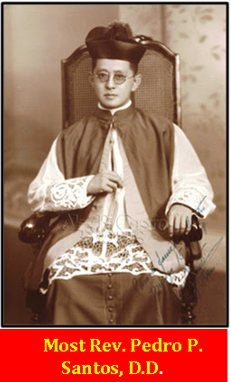 As dreams are touchstones of reality, the story of NPS began with a pastor’s dream. A dream of seeing a boy’s innocence transformed into responsible intelligence; a dream of seeing a child’s desire to learn transformed into zeal for service. This pastor was the late Archbishop Pedro P. Santos, D.D., the first Archbishop of Caceres. Msgr. Santos found his first love in a little boy. He believed that an immeasurable joy belongs to the children who are part of the Catholic Education process. 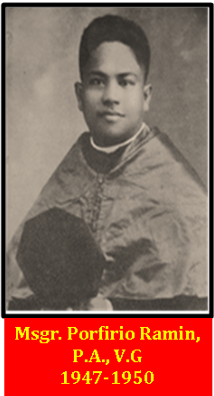 On July 1, 1947 the dream became a reality. The period immediately after the 2nd World War, the Naga Parochial School was born. Founded on love, sacrifice and hope, it endeavored developing staunch Catholic citizens of a fast growing city and an equally fast growing region. On March 6, the following year, the Department of Education granted Government Recognition (no.152, series of 1948) to the Naga Parochial School. The document was signed by then Secretary Prudencio Lancaoun upon recommendation of the Bureau of Private Schools. 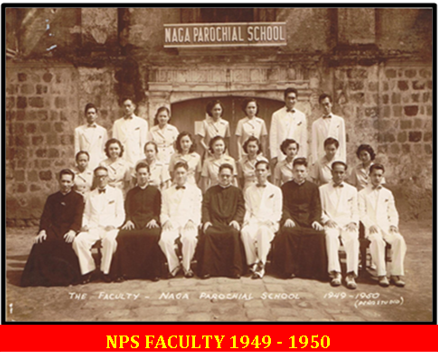 During its first year of operation, the initial enrollment was 498 and the teaching staff was composed of 15 teachers with the energetic and zealous Msgr. Porfirio Ramin, P.A., V.G., as the Director and Mr. Benedicto Naz (1947-1949) as the Principal. Mr. Naz was succeeded by Mr. Leoncio de la Torre (1949-1950). In the middle of the year 1950, the school suffered a little setback. Msgr. Ramin, the Director who had been ailing for some time, had to retire. He was succeeded by an equally energetic director in the person of Msgr. Nicanor C. Belleza, V.G., P.A., who was gifted with vision and foresight and a happy combination of the traditional and the contemporary. He took over the reins of the institution with the same love for educating children and with the courage to move ahead. Under his leadership, enrollment continued to increase. During the school year 1982-1983, the school had a total population of 2,078 pupils. 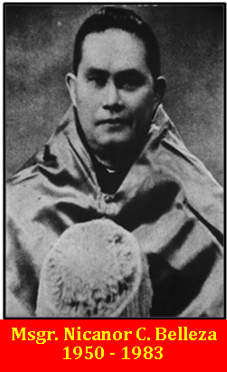 During Msgr. Belleza’s term, NPS excelled in various local and national contents as well as other inter-school activities, particularly the renowned Bikol Association of Catholic Schools (BACS) Meet. NPS had been the undefeated champion in the elementary division of the BACS Meet. Msgr. Belleza’s incumbency saw three principals who assisted him: Mr. Buenaventura Parco (1950-1964), Mr. Juan Badong V (1964-1981) and Mrs. Lydia Tomotorgo-Goingo (1981-1983). The NPS continued to strive for the attainment of its cherished dream. By 1983, it became the first elementary parochial school in the country to be accredited by the PAASCU. The subsequent years would see NPS continuing to submit 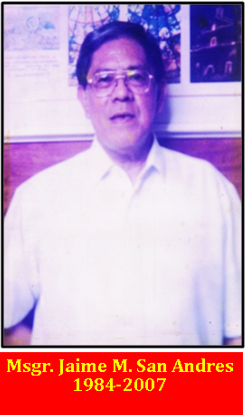 However, on December 2, 1983, after 33 years of serving the school, Msgr. Nicanor C. Belleza passed away. With his demise, the newly installed Archbishop of Caceres, Most Rev. Leonardo Z. Legaspi, O.P., D.D., appointed Msgr. Jaime M. San Andres, an alumnus of the school (batch 1950), as the third Director of the NPS, the Parish Priest of the Naga Metropolitan Cathedral and Vicar General of the Archdiocese of Caceres. As the new administrator, Msgr. San Andres introduced innovations in the administration as well as in the academic program. He devised ways by which the school can effectively serve its clientele. He restored the old organizational set-up with a Principal and an Assistant Principal. The Principal then was Mrs. Flavel C. Favoreal (1984-2005). Msgr. San Andres effected improvements in the school facilities. New classrooms more conducive to learning were built. Teachers have continued to grow professionally so that they may acquire competence and confidence in themselves. The pupils have been exposed to varied activities geared to develop their talents and to ensure the total formation of their person. The concrete school buildings and upgraded facilities are to be credited to the efforts of Msgr. San Andres. During this period, NPS pupils have proven themselves even at the international level. 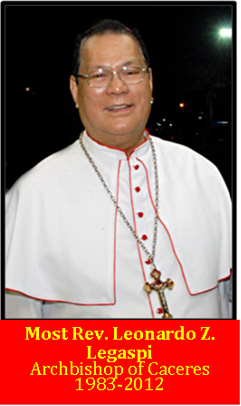 The year 2005 saw a new principal in the person of Mrs. Rosario B. Olalia (2005-present). However, Msgr. San Andres’ physical capacity began to slow down. In December of 2007, he passed away –after 23 years of serving NPS. Fr. Rex Andrew C. Alarcon was appointed by the same Archbishop Legaspi as the fourth NPS Director. He, too, is an alumnus of the school (batch 1983). 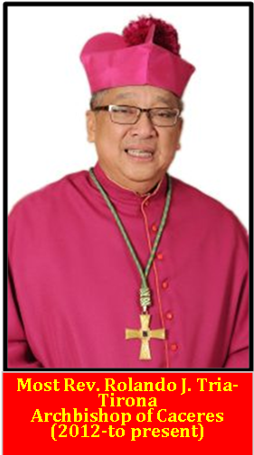 When Archbishop Legaspi retired as Archbishop of Caceres in 2012, Most Rev. Rolando J. Tria Tirona, D.D. was appointed as new Archbishop, thus becoming the new Chairman of the Board of Trustees. In the school year 2012-2013, after 65 years, NPS turned Co-Educational and opened its High School Department welcoming girls and the first batch of Grade 7 students. Currently, NPS has a Special Education (SPED), Pre-School, Grade School and Junior High School Departments. 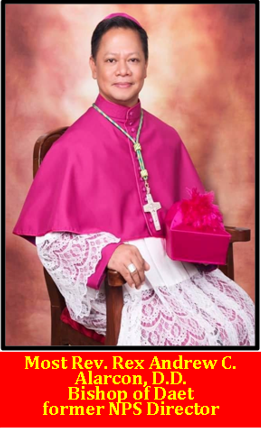 On March 19, 2019, Fr. Rex Andrew C. Alarcon was ordained as Bishop of the Diocese of Daet. He is the fourth NPS alumnus who became a Bishop. Archbishop Rolando J. Tria-Tirona appointed Fr. Dario I. Echipare, an equally competent and congenial priest, as the fifth director of the school. Now, NPS enjoys a sense of fulfillment after seven decades of existence. Her graduates are consistently among the top students of the schools where they pursued their studies. The Parochialites who participate in different contests outside the school – division, regional and even national continue to bring home the bacon. The boys who left the portals of the school have become living proofs of the patience-filled Christian process of education. They continue to shine in the different schools they enrolled in, including the Philippine Science High School. 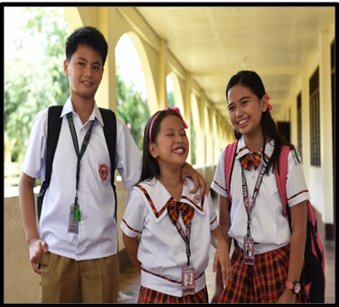 NPS is proud to have among its alumni, leaders in various sectors of the community and society. Above all, the NPS is the home ground of future priests. Since its foundation, it has constantly contributed to the number of boys who entered the seminary and later became priests. Last December 14, 2019. Most Rev. Jose Alan V. Dialogo (batch 1974) was ordained as Bishop of the Diocese of Sorsogon. He is the fifth NPS alumnus who became a Bishop. Naga Parochial School will continue to serve for as long as there is that little child with a look of innocence in his eyes and a desire to learn in his heart. As NPS began with a pastor’s dream, she has not stopped dreaming, neither has she stopped striving to fulfill the dream of transforming the innocence of children into the humble intelligence of loving Christians and responsible citizens after the example of the supreme teacher and pastor, Jesus. On the 2nd decade of the 21st Century, NPS strives to respond to the K to 12 Educational Reform, and on its 75th year of existence commits to “Walk the Extra Mile” and make the “NPS: Next to Home; a Window to the World”.

On the 2nd decade of the 21st Century, NPS strives to respond to the K to 12 Educational Reform, and on its 75th year of existence commits to “Walk the Extra Mile” and make the “NPS: Next to Home; a Window to the World”.